Most Hindus today still adhere to traditional teachings and practice passed down via the four main communities. What has been termed “modern Hinduism” has grown largely out of a number of quite radical reform movements of the nineteenth and early twentieth centuries. These movements had a relatively small number of followers and by no means replaced or superseded the major traditional forms of Hinduism. Some specific reform movements, like the Arya Samaj and the Ramakrishna Mission, still continue to be influential.

The reform movements largely emerged from the growing contact that Hindu thinkers had with Western thought, culture and religion. Below are the four most important movements and the names associated with them. 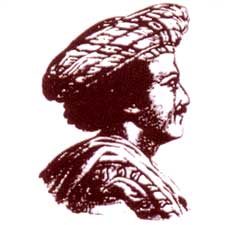 The Brahmo Sabha was founded in 1828 by Rama Mohan Roy (left) and in 1843 was restructured and renamed Brahmo Samaj by Devendranatha Tagore, father of the well-known poet, Rabindranatha Tagore. Rama Mohan was extremely learned and strongly influenced by Christianity. He disagreed with the doctrine of reincarnation and fought to abolish certain traditional practices, some of which had been grossly misused. These included caste, polygamy, image worship, sati, and child marriage. His ideas of worship were drawn largely from Christianity.

Devendranatha Tagore was greatly influenced by the western philosophy of Locke and Hume. He tried to reform the Brahmo Samaj but lacking support eventually left. Keshab Chandra Sen joined the Samaj in 1857 and initially worked with Tagore. But later disagreeing with Tagore’s ideas, he left to establish his own movement.

Today the Brahmo Samaj has but a few thousand members and little visible influence on the Hindu community. It failed to fulfil the hopes of those who saw the future religion of India as a blend of Christianity and Hindu metaphysics. 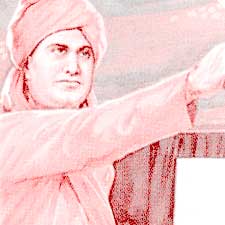 The Arya Samaj was founded by Swami Dayananda Sarasvati (left) in 1875 as a radical reform movement. Dayananda wanted to halt the Christian missionary onslaught and to return to the ancient Vedic tradition. He therefore sought to purge Hinduism of what he considered later additions, such as image worship, pilgrimage and ritual bathing. Although emphasising the ancient Vedic tradition, Dayananda also sought to modernise Hinduism and to re-absorb Hindus who had converted to Islam or Christianity. His movement, with its concerns over the influence of other religions sowed the seeds for the many political parties that desired to re-establish Hindu rule in India. The Arya Samaj is still an active organisation, both world-wide and in the UK. Its members agree to follow its “Ten Principles” and worship largely through havan (the sacred fire ceremony) and recitation of the Gayatri-mantra.

Ramakrishna (right) was born Gadadhar Chatterji in a poor but orthodox Bengali brahmana family. As a young man he became the priest at the Kali temple near Calcutta. He was later initiated as a sannyasi and experienced mystical visions, especially of Devi. He was profoundly influenced by Christianity and Islam and emphasised the universality of religion. He preached that “Jiva is Shiva” (the soul is God). He met many contemporary reformers and it was Keshab Chandra Sen who made him first known to the world.

It was Vivekananda (1863–1902), however, who made Ramakrishna really famous. Born into the wealthy Dutt family, he was named Narendranath. He joined the Brahmo Samaj but later became Ramakrishna’s favourite disciple, receiving the name Swami Vivekananda. He was expert in presenting Advaita Vedanta and greatly impressed the Western world in his presentation to the World Parliament of Religions in Chicago in 1893. He travelled extensively, promoting wide reform, claiming that other reformers “played into the hands of Europeans.” He established the Ramakrishna Mission, today well known for its social and educational programmes. 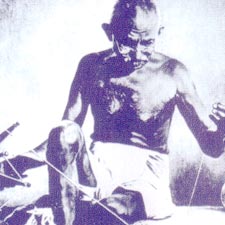 Mohandas Gandhi (1869–1947) is probably the best known Indian of the twentieth century He was primarily an educator and reformer. His ultimate aim was to re-establish Rama­rajya, the reign of Lord Rama – or, in more Western terms, the “kingdom of God on Earth.” He, was opposed to British oppression and particularly the way Indian cotton was sent to Manchester and the clothes returned for sale in India. He tried to free his country from this unhealthy economic dependence and campaigned for India’s independence from British Rule. His means to do this was satyagraha – grasping the truth – based on ahimsa (non-violence), with an unswerving faith in God. He followed many orthodox practices and was particularly fond of the Bhagavad-gita. He often referred to the “still small voice within.” He is most well known for his support of the untouchables. He died at the hands of an assassin, disappointed with the partition of his beloved India.

Although Gandhi fought against the rigid and exploitative caste system, he maintained a strong conviction in the need for dividing society according to the four varnas and fourashrainas. He sought to bring the untouchables (Dalits, as they are now usually called) within the shudra varna. For this reason, he differed with Ambedkar, who proposed a totally classless society.

“My patriotism is not an exclusive thing. It is all-embracing and I should reject that patriotism which sought to mount the distress or exploitation of other nationalities.”

“The truest test of civilisation, culture and dignity is character, not clothing.”